The Fundamentals of Breakout Trading

The US Dollar was mostly little changed this past week, but most notably, the Greenback struggled to hold onto gains accumulated on Monday and Tuesday. That could perhaps hint at what has been an evolving downtrend since the end of September. In fact, the US Dollar is heading for the worst quarter since the summer of 2010.

Losses have finally brought DXY to test and break under the long-term 200-day Simple Moving Average. Granted, follow-through has been feeling rather lackluster as prices struggle around the August low at 104.64. Not to mention, just below is the 103.41 – 103.93 zone that has its beginnings from the middle of June.

A confirmatory break under the latter could be a clear-cut tipping point for the US Dollar that opens the door to reversing what has been a generally strong year for the currency. Both the near-term 20- and 50-day SMAs remain pointed lower after the bearish Death Cross in November. These may come into play as key resistance in the event of a turn higher. Now, let us zoom in on the 4-hour chart for a better idea of what we could expect in the coming week. 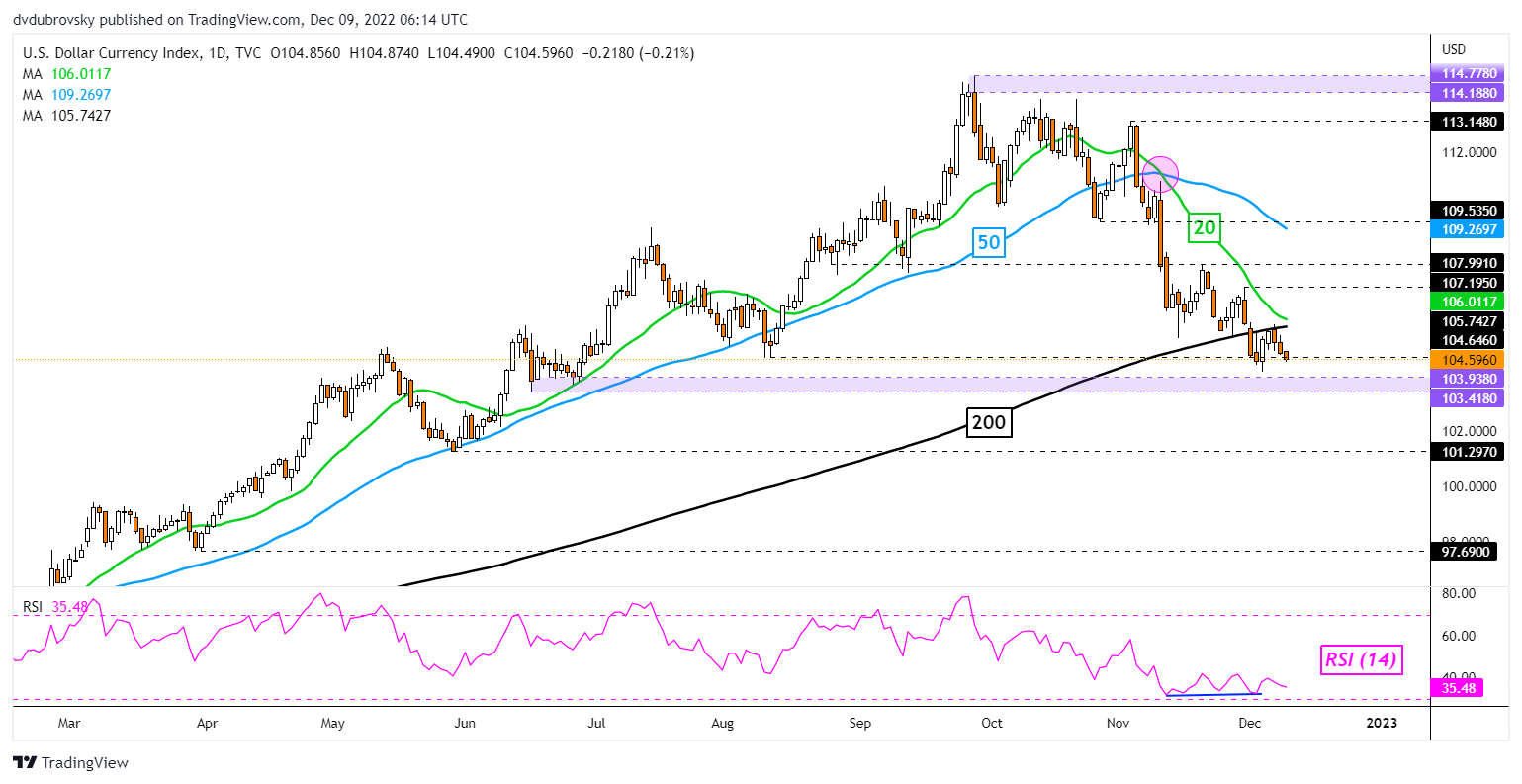 A closer look at the 4-hour chart shows that DXY seems to be trading within the boundaries of a Falling Wedge chart formation. If the latter holds, we may continue seeing the US Dollar aim cautiously lower as the floor and ceiling guide the instrument downward.

However, a breakout higher could open the door to a reversal of the near-term downtrend. Key resistance seems to be the 23.6% Fibonacci extension at 106.15. Pushing above that would expose the November 21st high at 107.99. Immediate support appears to be 104.113. Under that would be the floor of the wedge before the 61.8% level at 103.16 comes into play.

How to Trade EUR/USD 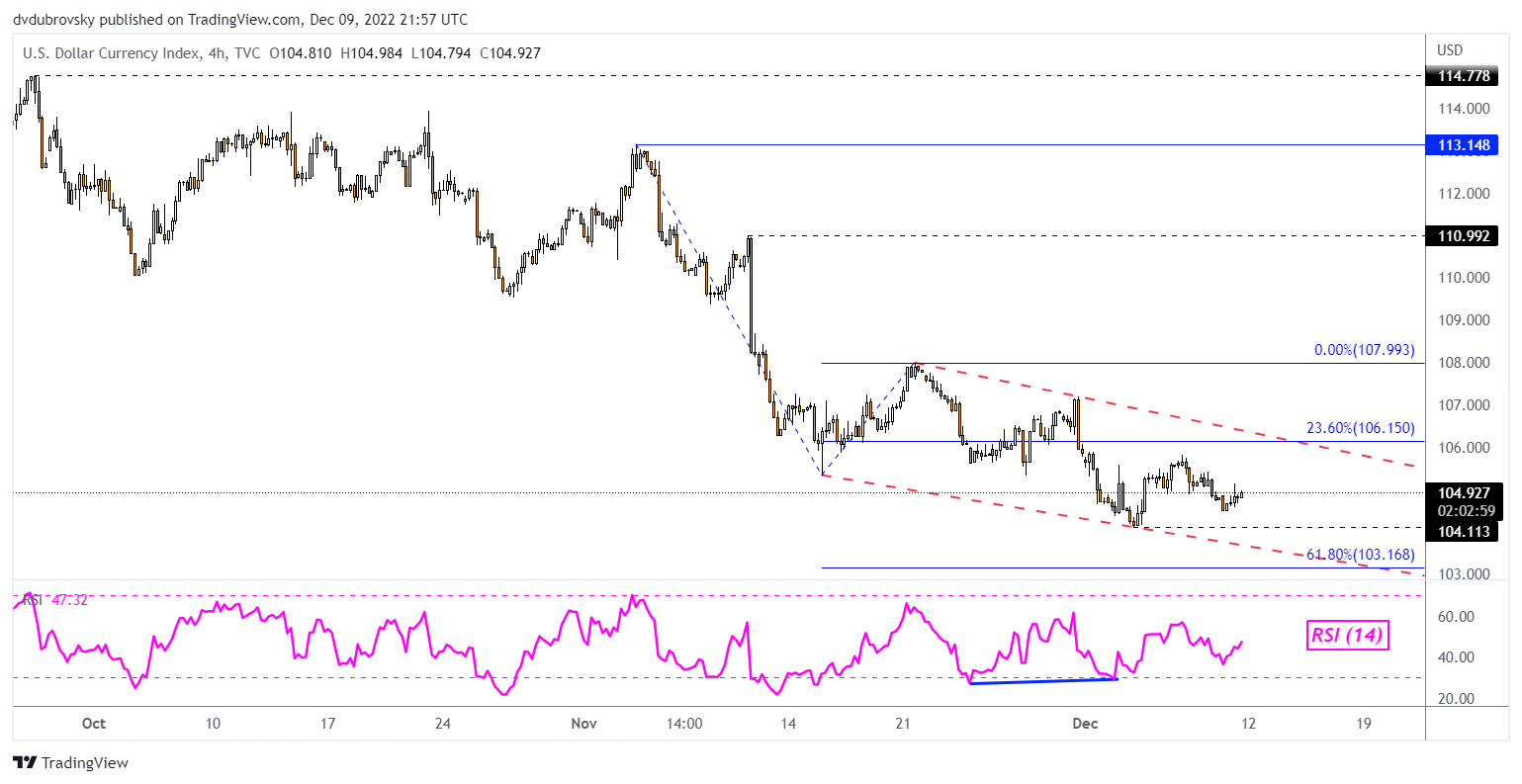