Weekly Fundamental Australian Dollar Forecast: Nothing to Like, No Saving Grace

Weekly Fundamental Australian Dollar Forecast: Nothing to Like, No Saving Grace
Advertisement 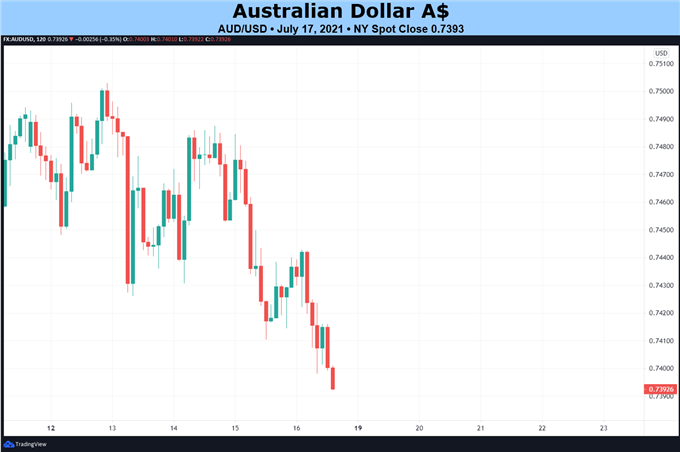 Nothing good is going on down under. Even though July typically brings about a better performance for the Australian Dollar, it has not showed. The Australian Dollarfinished the week at its weekly lows, monthly lows, and yearly lows. And its performance showed: AUD/JPY dropped by -1.33%; AUD/USD by -1.32%; EUR/AUD added +0.65%; and GBP/AUD gained +0.34%. Renewed lockdowns in the face of already sputtering economic data has left the Australian Dollar without any positive catalysts in the near-term.

The third week of July brings about a quieter economic calendar for Australia; there are zero ‘high’ rated events on the DailyFX Economic Calendar. The July RBA minutes on Tuesday, July 20 represent the most important release of the week. Overall, data trends appear to be weakening relative to expectations: the Citi Economic Surprise Index for Australia, a time-decay measure of data momentum, closed the week at +35.8, slightly lower than its closing level last week at +38.2.

The Reserve Bank of Australia is diverging from its counterparts, with the Federal Reserve hinting on stimulus withdrawal, and both the Bank of Canada and the Reserve Bank of New Zealand taking definitive steps to reduce their asset purchases. But the RBA has been fairly transparent, however, suggesting that they will keep stimulus efforts in place until headline Australian inflation returns to its +2-3% target band; in 1Q’21, it was a mere +1.1% annualized. 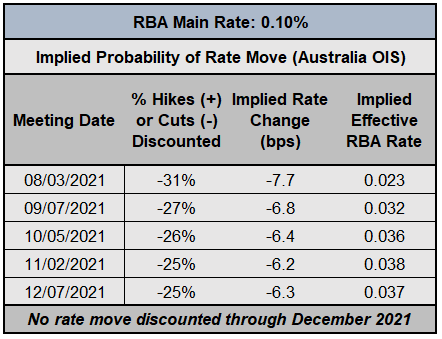 As noted previously, “market participants don’t seem convinced that the RBA will cave in on their yield curve control efforts to keep the main rate at its current level or lower through at least March 2023.” According to Australia overnight index swaps, there is a 25% chance of a rate cut through December 2021, which has consistent over the past month. 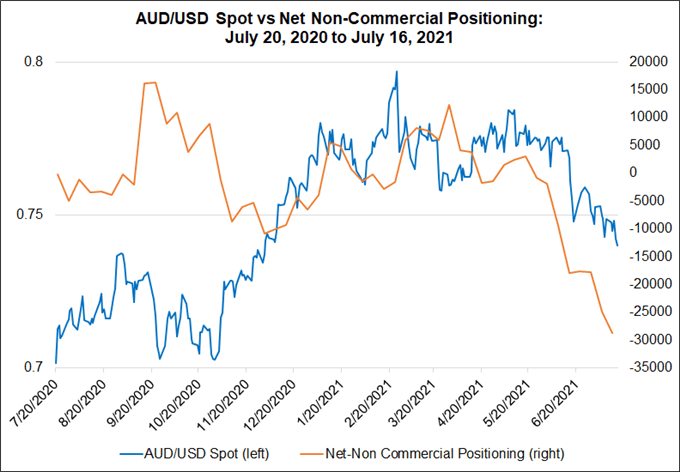