US Morning Brief: Everything You Need to Know as Russia Invades Ukraine

US Morning Brief: Everything You Need to Know as Russia Invades Ukraine

If you are waking up in the US this morning, you may be in for a shock as global financial markets react to the invasion of Ukraine as multiple reports of conflict emerge. Thus far the Russian assault has largely been targeted at Ukrainian military infrastructure.

To view the full coverage for each of the below markets, as it happened, click on their respective links

Gold has been in the spotlight for a number of days already, steadily rising as threats of an ‘imminent invasion’ accelerated. The safe-haven asset shot up despite a simultaneous surge in the US dollar and remains elevated as the situation in Ukraine unfolds. 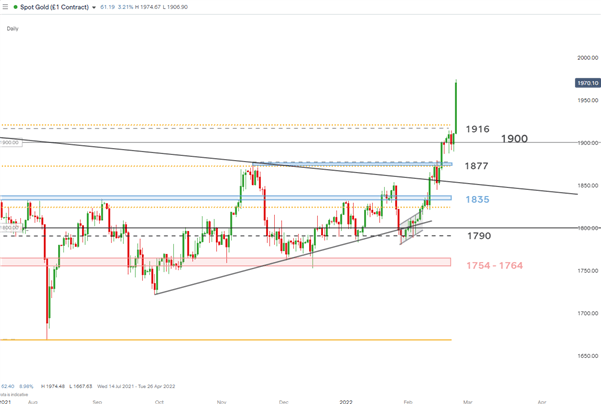 The US dollar, one of the most widely recognized safe-haven currencies, unsurprisingly also saw a massive move higher, building on yesterday’s advance.

US Dollar Basket (DXY) – Proxy for US Dollar Performance 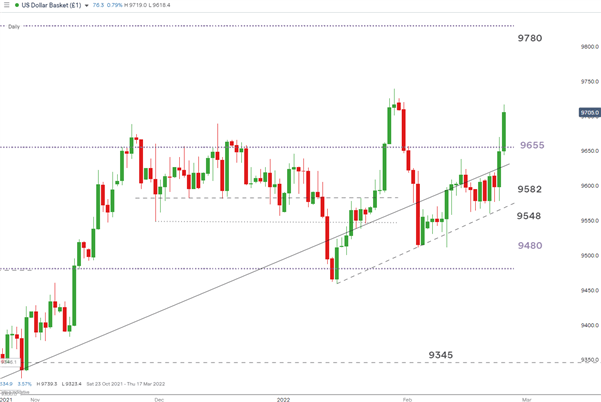 US Treasury yields were softer across the board, continuing the risk-off theme produced by the invasion. 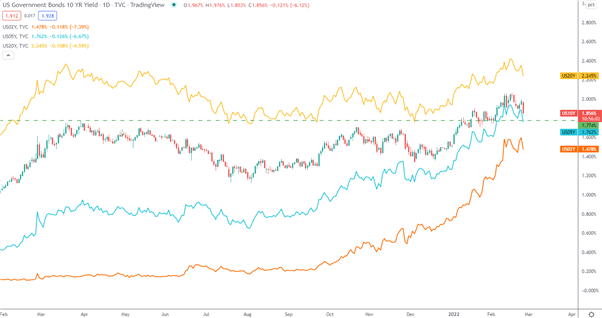 The markets are now waiting for confirmation of increased sanctions by the US, EU, and the UK to Russia’s aggression and these embargoes will only add to the current heightened levels of volatility in a range of asset classes. While these new sanctions may eventually bring a level of calm to the market, in the meantime expect heavy swings either way in all equity indices. 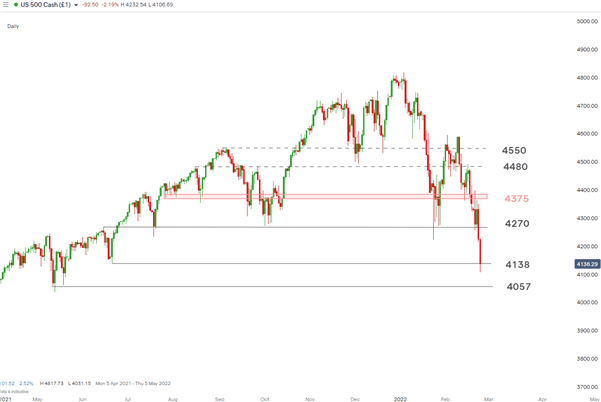 For more on the FTSE and DAX, take a look at the full article.

Strategist, Justin McQueen mentioned: oil prices have spiked higher, reflecting the geopolitical risk premium with both Brent and WTI crude futures breaking through the $100/bbl mark. As the conflict unfolds, risks will remain tilted to the upside in the commodity space with Brent crude futures heading towards $110-115/bbl. 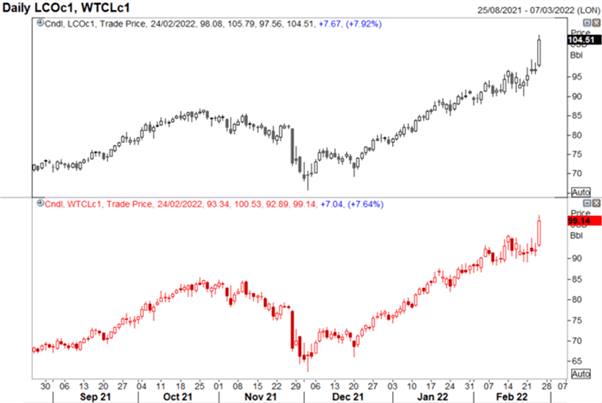