US Dollar Post-FOMC Performance Hinges on Slew of US Data

US Dollar Post-FOMC Performance Hinges on Slew of US Data 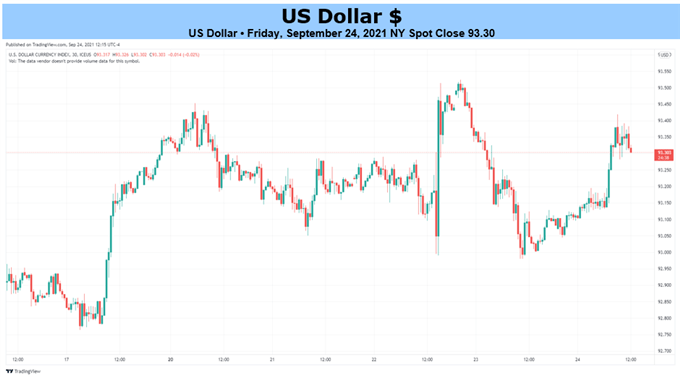 Fresh data prints coming out of the US may prop up the Dollar over the remainder of the month as the Federal Reserve appears to be on track to change gears later this year.

Fundamental Forecast for US Dollar: Neutral

The US Dollar Index (DXY) tagged a fresh monthly high (93.52) following the Federal Open Market Committee (FOMC) interest rate decision as the central bank laid out a tentative exit strategy, and signs of stronger growth along with indications of sticky inflation may prop up the Greenback as it fuels speculation for an imminent shift in Fed policy. 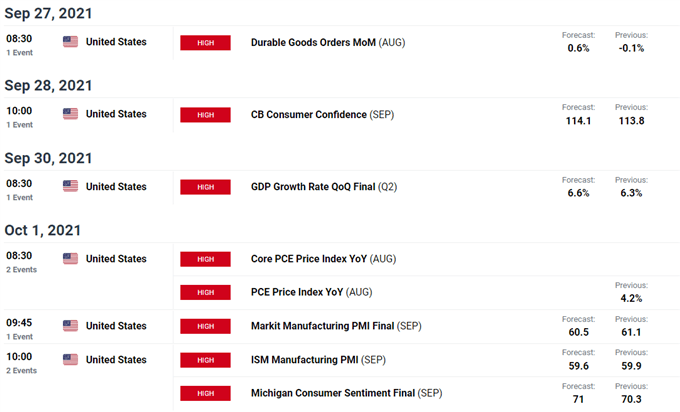 A rebound in orders for US Durable Goods along with an uptick in the Conference Board’s Consumer Confidence index may encourage the FOMC to normalize monetary policy sooner rather than later as it instills an improved outlook for private-sector consumption; one of the leading drivers of growth.

At the same time, the update to the Personal Consumption Expenditure (PCE), the Fed’s preferred gauge for inflation, may reinforce the recent adjustments to the Summary of Economic Projections (SEP) as Chairman Jerome Powell and Co. forecast faster price growth for 2021. However, a marked downtick in the ISM Manufacturing survey may produce headwinds for the US Dollar as the FOMC warns of the “shortfall inemployment, particularly as participation in the labor market has not moved up from the lowrates that haveprevailed for most of the past year.”

With that said, developments coming out of the US economy are likely to sway the Greenback as the FOMC prepares to alter the path for monetary policy, and a batch of positive developments may prop up the Dollar over the remainder of the month as it puts pressure on the central bank to switch gears at its next interest rate decision on November 3.