Since January, the Swiss Franc surrendered ground versus the US Dollar, with USD/CHF up nearly 3.5% on a year-to-date basis. However, a Symmetrical Triangle pattern has taken shape through this year. That may result in the currency pair breaking lower and continuing the preceding downtrend. The Franc gained nearly 10% versus the Greenback in 2020.

Currently, prices are perched above the 100-day Simple Moving Average, which has been providing support since early August after prices bounced higher from triangle support. While symmetrical triangles typically lead to a continuation of the prior trend, a breakout higher is not off the cards. Prices may continue to consolidate within the pattern, but a slightly bearish bias is present while in the triangle. 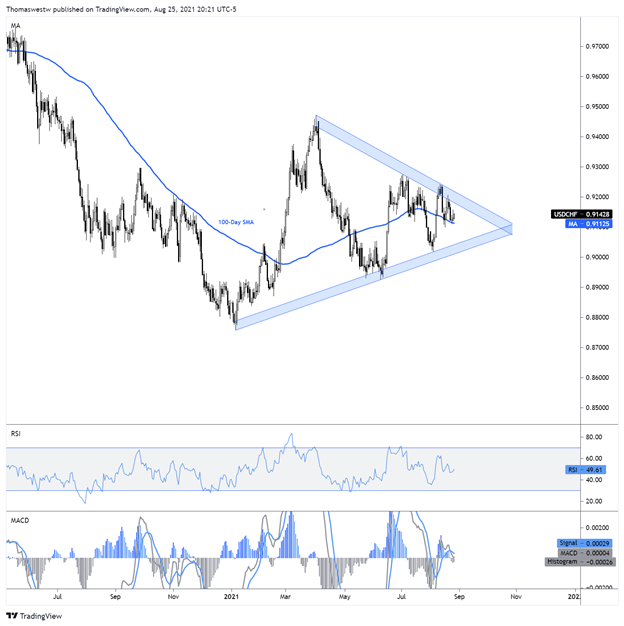 The Swiss Franc’s technical posture against the British Pound has improved in recent months after weakening sharply in the first quarter of this year. GBP/CHF is now trading within a descending channel. The currency pair rebounded from support last week after falling quickly from the upper bound of the channel in early August.

The rising 200-day Simple Moving Average (SMA) appeared to provide a level of support after CHF bulls failed to maintain downward momentum below the key level. MACD and RSI are turning higher currently, with the MACD line eyeing a cross above its signal line, a bullish sign. That said, prices may rise to test the channel’s resistance level again. That puts the short-term outlook in a bullish position, although beyond that, a move lower looks more likely. 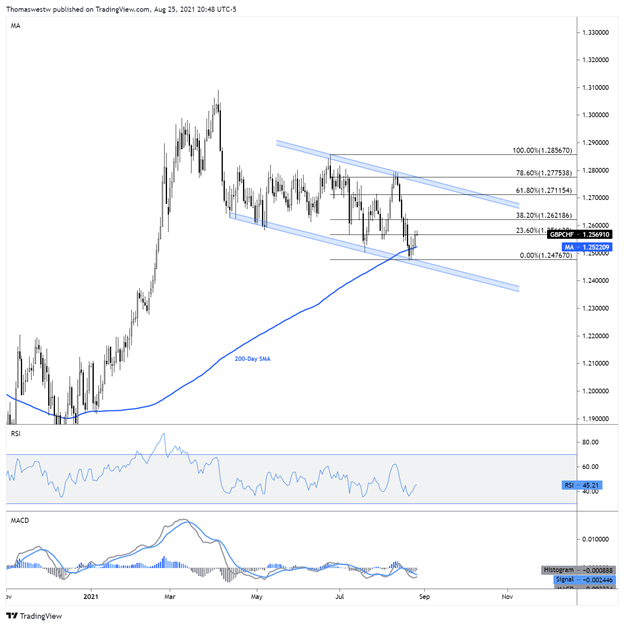