It turned off on October 22nd when the price moved below the 10-day SMA. This could indicate a pause in momentum.

Should the price move above the 10-day SMA and close there, it would signal that the TMA has turned back on and may see bullish momentum further evolve.

A breach and close below the recent low of 113.415 might suggest that the ascending trend channel is no longer intact. A move back inside the channel might indicate that the trend could continue. 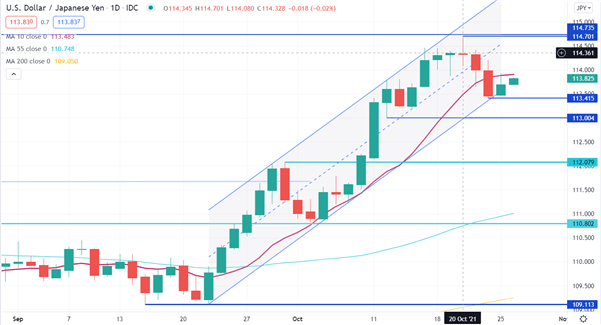 EUR/JPY broke out of a 3 month range earlier this month as it took out several topside resistance levels. It moved toward the 3 year high at 134.124 but only got as far as 133.481 before pulling back.

All shot, medium and long-term SMAs have a positive gradient which might indicate bullisness. However, the price has moved below the 10-day SMA and this may suggest a pause in short-term momentum and potentially a consolidation phase. If the price moves back above the 10-day SMA, bullish momentum could evolve. 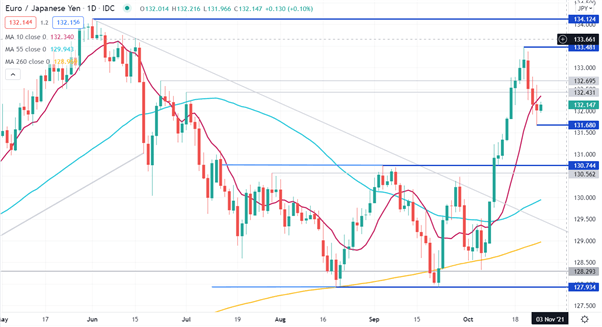