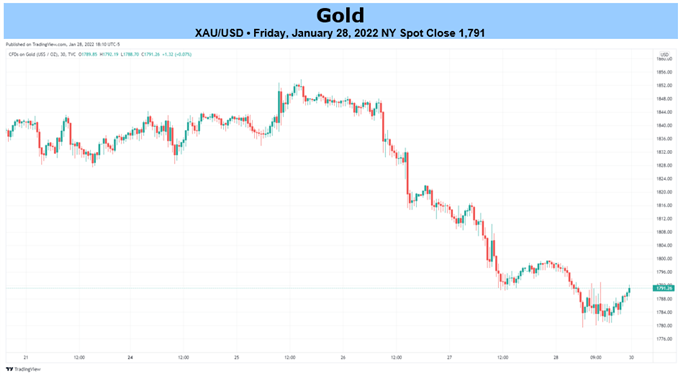 The price of gold trades to a fresh monthly low ($1780) as the Federal Reserve unveils a more detailed exit strategy, and fresh data prints coming out of the US may keep bullion under pressure as the Non-Farm Payrolls (NFP) report is anticipated to show a further improvement in the labor market.

The price of gold appears to have reversed course ahead of the November high ($1877) as the Federal Open Market Committee (FOMC) “expects that reducing the size of the Federal Reserve’s balance sheet will commence after the process of increasing the target range for the federal funds rate has begun,” and the imminent change in regime may keep bullion under pressure as market participants brace for higher US interest rates.

Looking ahead, the update to the US NFP report may put pressure on the FOMC to normalize monetary policy sooner rather than later as the economy anticipated to add 200K jobs in January, and a further improvement in the labor market may drag on the price of gold as it fuels speculation for an imminent Fed rate hike. 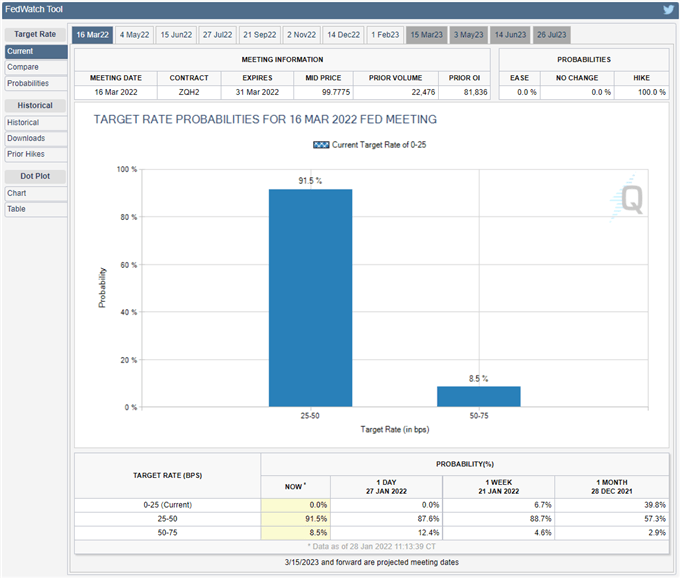 In turn, the price of gold may continue to trade to fresh monthly lows as the CME FedWatch Tool reflects a 100% probability for at least a 25bp rate hike in March, and it remains to be seen if the FOMC will project a steeper path for the Fed Funds rate as Chairman Jerome Powell and Co. are slated to update the Summary of Economic Projections (SEP).

With that said, failure to defend the opening range for January raises the scope for a further decline in the price of oil, and the US NFP report may drag on bullion as the update is expected to show a further improvement in the labor market.