The price of gold cleared the opening range for March as the Russia-Ukraine war sparks a flight to safety, but recent developments in the Relative Strength Index (RSI) indicate a near-term pullback in bullion as the oscillator pushes below 70 to reflect a textbook sell signal.

The outlook for the price of gold remains constructive as the 50-Day SMA ($1863) exhibits a positive slope, but bullion appears to have reverses ahead of the record high ($2075) as it extends the series of lower highs and lows from the yearly high ($2070). 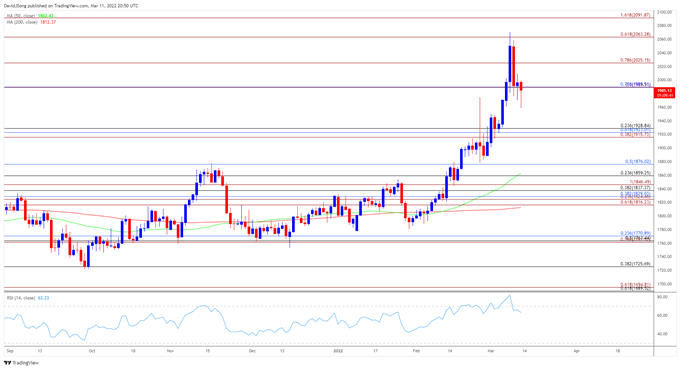