FTSE Starts the Day on the Front Foot

The FTSE started the day in the green but is somewhat flat heading into the afternoon session. Banks have started the day well as Natwest, Barclays, Standard Charted, HSBC and Lloyds are up, at the time of writing. Major movers this far include: Royal Mail, Taylor Wimpey and Barratt Developments, while Anglo American, Antofagasta and Polymetal prop up the base of the table as far as daily movement is concerned.

Key Technical Levels for the FTSE 100

The UK Index, like other major indices, has continued its bullish run since March 2020 lows. The ascending trendline (formed in early February this year) remains intact despite numerous attempts to break and close below it.

The weekly chart below highlights the next zone of resistance facing the index, between 7090 and 7110. This zone acted as support for nearly all of 2019 and remains a key level to watch for bullish continuation. 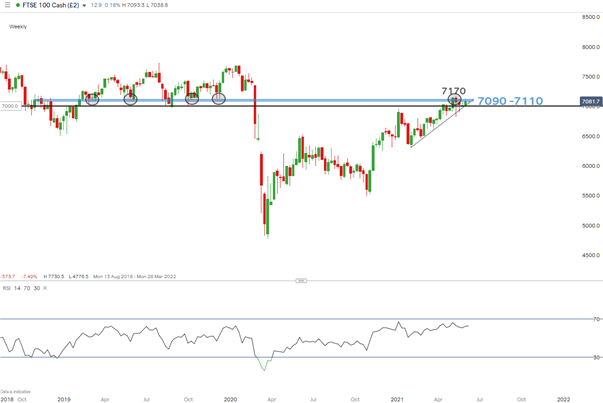 Taking a closer look at the daily chart, its easier to see how many times the FTSE approached the ascending trendline before pulling back above. Although there have been intra-day breaks of the trendline, the extended lower wicks show an immediate rejection of those lower levels, continuing the bullish trend.

Despite all of this, the index has not presented any major signs of an extended bullish move as price action trades modestly higher. A failure to break above the resistance zone, and the recent high of 7170, may result in a period of consolidation in the absence of any surprises. Further to this point, the MACD indicator shows a slowdown in recent upward momentum. 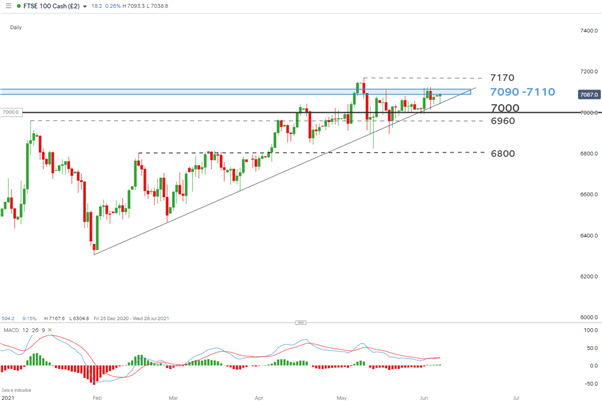 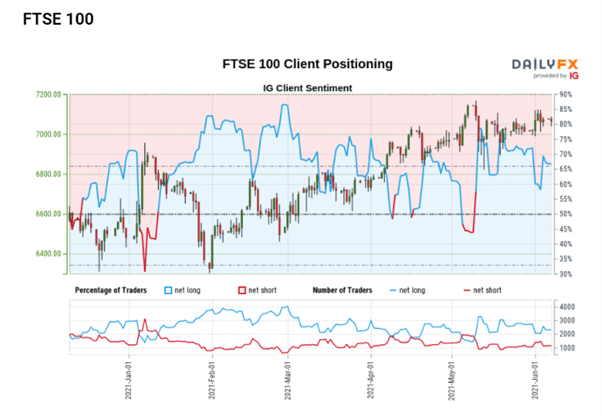