The rally from the 2-year low in March saw EUR/USD break through the topside of the 21-day simple moving average (SMA) basedBollinger Band.

It was unable to sustain the move and has now moved back inside the band, which could signal a pause in bullish momentum.

The move up stalled just before the 55-day SMA and it may continue to offer resistance, currently dissecting at 1.1181. The 100-day SMA could also offer resistance just above it, presently at 1.1240.

The overall picture of the price residing between the short-term SMAs on the downside, and the medium and long-term SMAs on the topside, suggests that there could be a period of consolidation and range trading conditions ahead.

Further evidence of this could be the reduction in volatility, as illustrated by the narrowing of the 21-day SMA based Bollinger Band.

A conclusive move breaking through the SMAs on either side of the price may see further momentum evolve in that direction. 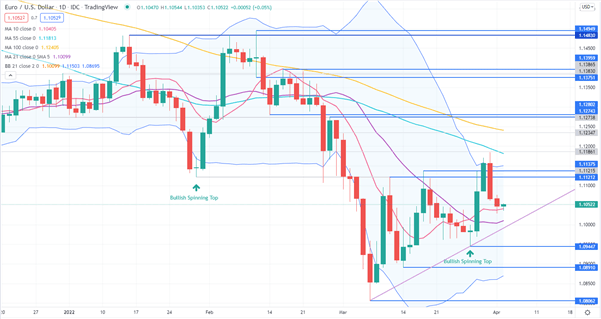 Two days after last week’s zenith, a Spinning Top Candlestick formation was observed and might suggest near term weakness in the price may unfold.

Having said that, a broader perspective might reveal that some bullish momentum remains intact. 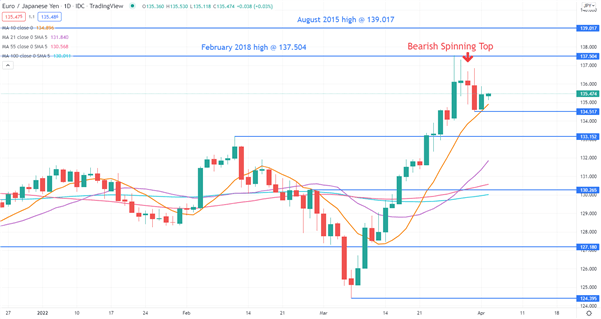