After making a 2-year low at 1.08062 two weeks ago, EUR/USD has managed to gain some short-term bullish momentum as it crossed above the 10-day simple moving average (SMA) and it’s gradient is positive.

Further bullish momentum may unfold if the price is to cross above the 21-day SMA, but it would take a sustained rally above it to turn the gradient to a positive slope.

The slight weakness of the last few sessions has the price nearing an ascending trend line, currently intersecting at 1.0995, a level of potential support. 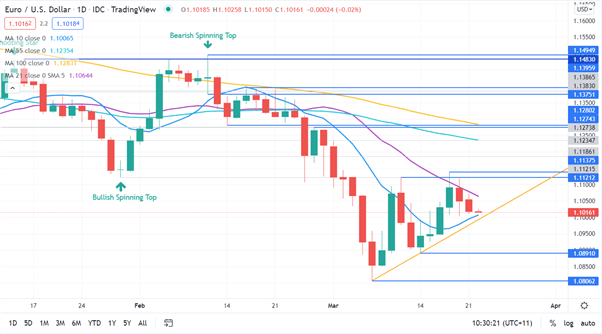 It has not traded at these levels since the Swiss National Bank (SNB) abandoned protecting the so-called “Swissy” from what it perceived to be overvaluation.

The next few sessions might be significant for the cross, as a continuation higher is a rejection of that attempt to go lower. While a decisive move below the 21-day SMA may signal short-term bullish momentum has evaporated.

A pivot point at 1.05117 also has a descending trend line dissecting near it and could offer resistance. Above there the 200-day SMA is also near the February high of 1.06091, offering potential resistance. 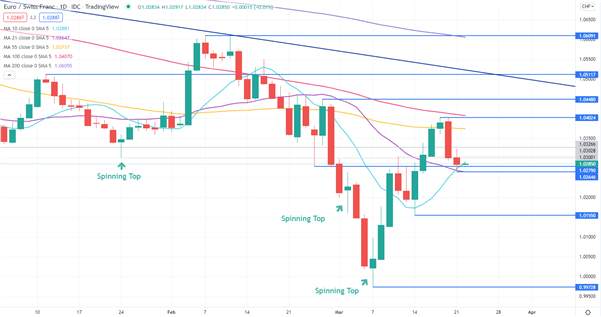