EUR/USD clears the September high (1.0198) following the larger-than-expected slowdown in the US Consumer Price Index (CPI), with the exchange rate on track to test the August high (1.0369) ahead of the US Retail Sales report amid growing speculation for a smaller Federal Reserve rate hike in December.

Get Your Free EUR Forecast

EUR/USD rallies to a fresh monthly high (1.0326) as the Greenback weakens against all of its major counterparts, and the exchange rate may continue to appreciate over the coming days as signs of easing inflation fuels bets for a shift in the Fed’s hiking-cycle. 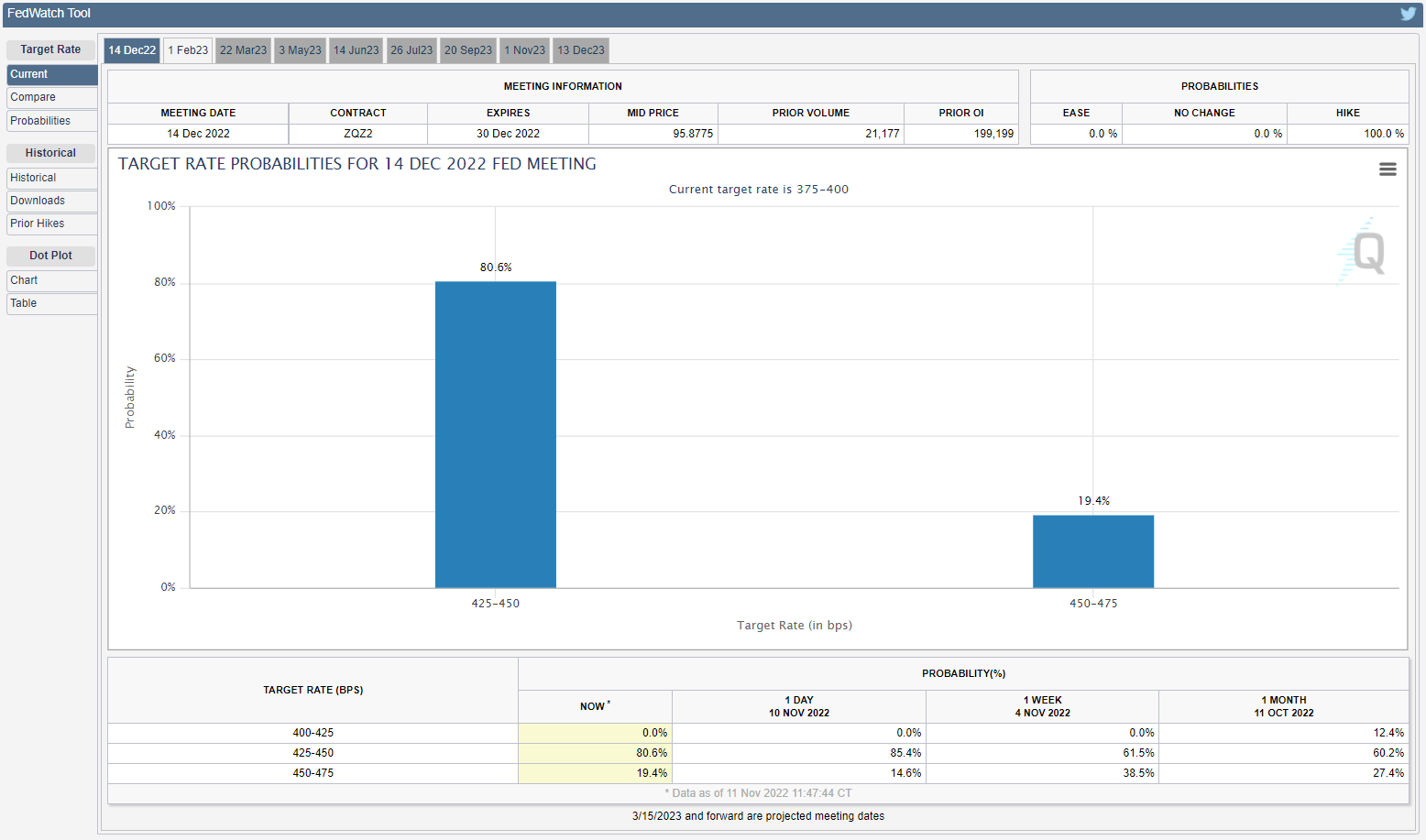 According to the CME FedWatch Tool, market participants are pricing a greater than 80% chance for a 50bp rate hike on December 14, and it remains to be seen if the Federal Open Market Committee (FOMC) will adjust its approach in combating inflation as the central bank pledges to “take into account the cumulative tightening of monetary policy and the lags with which monetary policy affects economic activity and inflation.”

Until then, the Euro may continue to appreciate against its US counterpart as the FOMC braces for “a sustained period of below-trend growth and some softening of labor market conditions,” but the US Retail Sales report may prop up the Greenback as the update is anticipated to show a pickup in household consumption.

Retail spending is expected to increase 0.9% in October after holding flat during the previous month, and a positive development may push the FOMC to deliver another 75bp rate hike at its last meeting for 2022 as Chairman Jerome Powell acknowledges that “incoming data since our last meeting suggest that the ultimate level of interest rates will be higher than previously expected.”

With that said, speculation for a smaller Fed rate hike in December may keep EUR/USD afloat over the coming days, but an upbeat US Retail Sales report may curb the weakness in the Greenback as it raises the FOMC’s scope to pursue a highly restrictive policy.