Crude Oil Fundamental Forecast: US and China Square Off Against OPEC

Crude Oil Fundamental Forecast: US and China Square Off Against OPEC 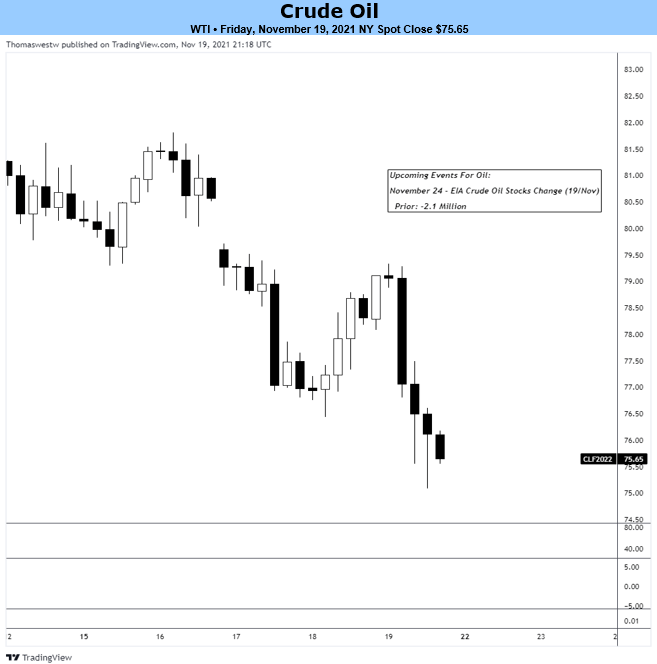 Oil prices accelerated lower last week, with Crude and Brent benchmarks settling near 6-week lows. A potential coordinated effort between the United States and China to release state reserves saw prices fall sharply late in the week. China is reportedly readying a release from its strategic reserves, although the number of barrels to be dropped on the market remains unknown. The news comes after President Biden met his Chinese counterpart President Xi in a virtual summit.

The coordination between Biden and Xi represents a surprising development at a time when US-Sino relations continue to deteriorate. Biden has pressured OPEC and its allies to pump more oil into the global market as the US leader faces increased political pressure, even from some in his party. Inflation, which is in part due to rising oil prices, is a key sticking point for the administration.

OPEC and its allies have resisted political pressure from the United States and opted to remain at its previous pace of tapering post-pandemic production cuts by 400k barrels per month. Retaliatory options outside opting to keep more supply on hold are unlikely, given the potential to do self-inflicted damage among the cartel.

Oil production in the United States and elsewhere has been on the rise. With oil markets expected to go into a surplus next year, the coordinated SPR releases may provide more than enough ammunition to keep prices capped until then. OPEC’s secretary-general said the cartel must be “very, very cautious” regarding output policy in the coming months due to growing signs over the incoming surplus, with the group forecasting a 1.6 million barrels a day surplus by mid-2022. For now, it appears Washington and Beijing have gained the upper hand – given crude prices fell over 6% last week. 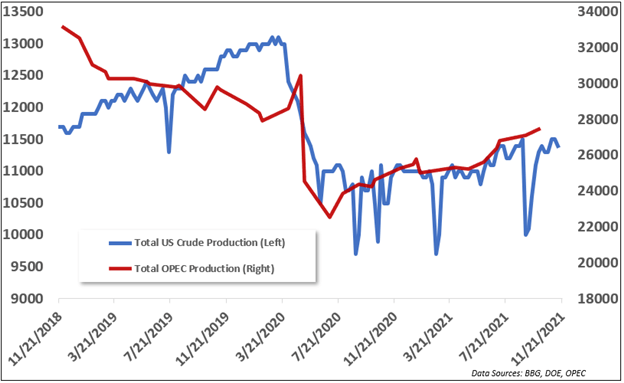