For the first time I over 10 years the University of Michigan’s Consumer Sentiment Survey recorded a sub-sixty figure.

Consumer sentiment has dropped rather sharply since the start of 2022 as the inflation outlook and conservative growth forecasts began to weigh on consumers.

Takeaways from the preliminary March report:

The final report will be released on the 25th of March 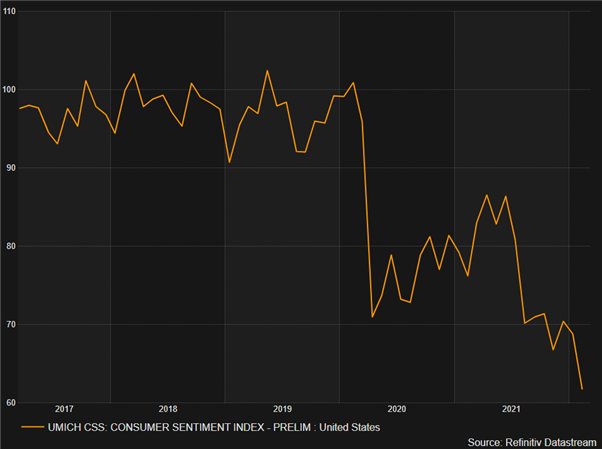 The dollar benchmark, the US Dollar Basket (DXY) rose after the release as prices completed the intra-day recovery from the sharp drop around the time Putin announced there were positive shifts during recent talks. The news of the comments saw the heavily bid dollar drop around 40 points withing 5 minutes and prices have attempted to close the distance ever since. 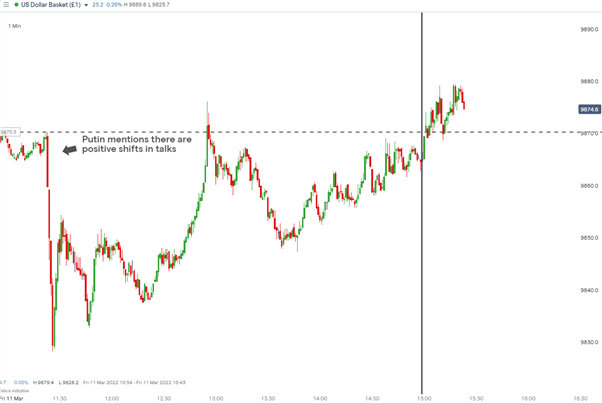