USDCAD: Despite oil prices rising to fresh multi-year highs, USD/CAD has continued to show little signs of breaking its recent range (1.2000-1.2150), which is likely be maintained until Friday’s jobs report. Yesterday’s move in oil and the initial fall in the greenback saw USD/CAD test its YTD low (1.2009), although firm demand at 1.2000 saw the pair quickly retrace back to the mid-1.20s. While my view in recent weeks had been for a countertrend rally in the pair given that positioning had been somewhat stretched, 1.2140-45 has continued to cap rallies. Alongside this, with oil prices now breaking out on the topside, it would appear that a 1.20 break is more likely than not. Although, the outlook will become clearer once the employment report is out of the way. 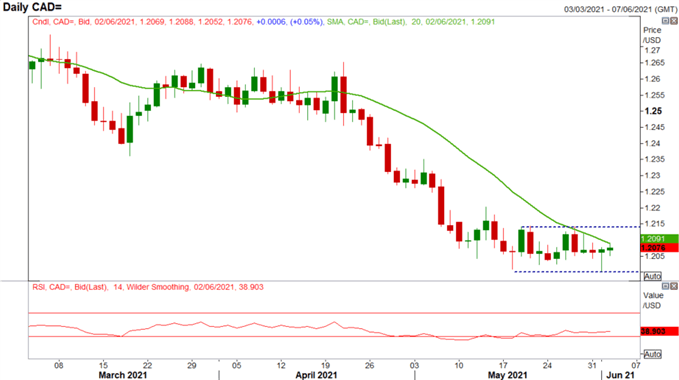 The weekly chart highlights just how far the Loonie has come against the greenback. Should the pair move below 1.2000 there is only 1.1916 (May 2015 low) with little in the way of notable support below there. That said, momentum studies (RSI) continue to highlight that USD/CAD is the most oversold since 2007. 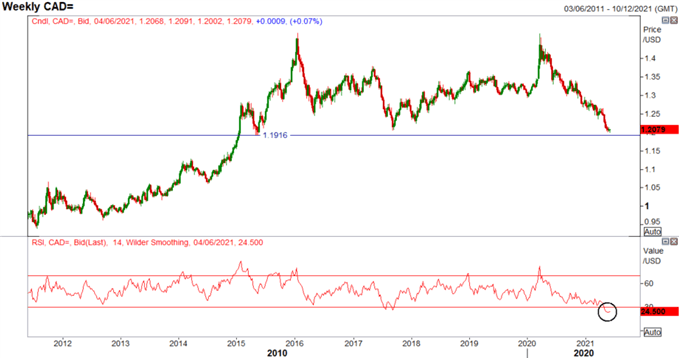 CAD/JPY: As risk appetite remains robust and with oil prices extending higher, the path of least resistance for the cross remains higher. Dips likely to find support with short term DMAs (20D) situated at 90.29 and thus the cross heads towards the 2017/18 tops at 91.63 and 91.55 respectively. 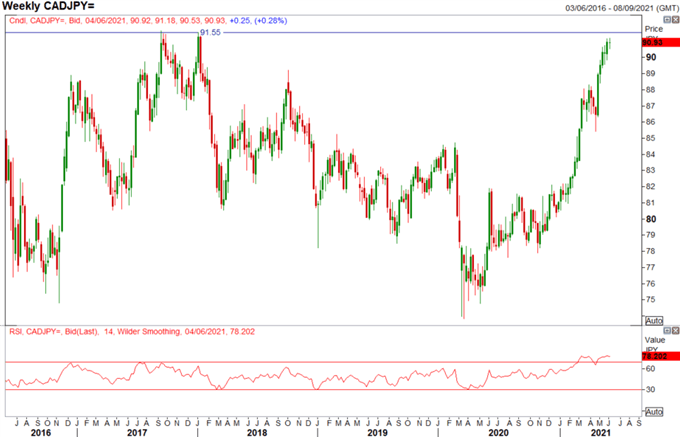 A Helpful Guide to Support and Resistance Trading