USD Breaking Out as US Data Goes From Strength to Strength

All eyes on the US Dollar after breaking out to a fresh YTD high. US data is coming in much firmer than expected, in light of the recent NFP report and this week’s hotter than hot CPI figures. In turn, given that the Federal Reserve has added flexibility to its QE taper, strong data is likely to raise risks that the Fed could taper faster than initially expected. That said, the gains in the greenback have been broad based, with fresh YTD lows in the Euro and Sterling, while commodity FX test psychological levels.

Oil and Rates Suggests USD/CAD is Trading at Rich Levels

Taking a closer look at the price action in USD/CAD, it would seem that the move has largely been exacerbated by a squeeze on positioning and thus the pain trade would be for a continued move higher in the pair. The move however, does go against correlated markets, with oil prices and US/CA bond spreads signalling that USD/CAD is trading at rich levels. In turn, I am expecting a short-term pullback, should equities and oil prices remain stable. 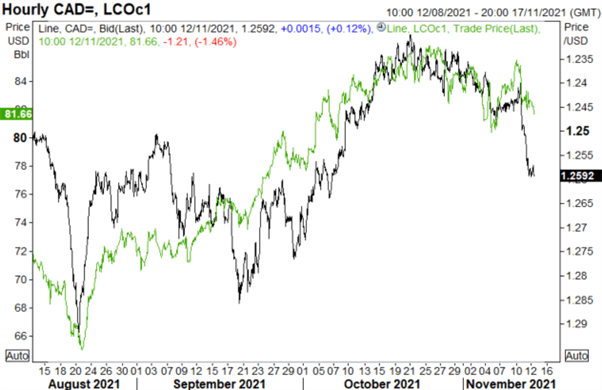 What’s more, judging by my FX momentum score, selling in the Canadian Dollar is looking stretched and thus I would caution against chasing CAD lower. Instead, I am looking for a pullback into 1.2540 where the 50 and 100DMA resides. On the topside however, resistance is situated at 1.2650. 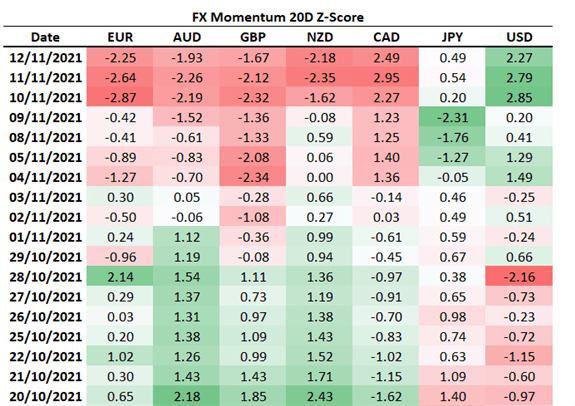 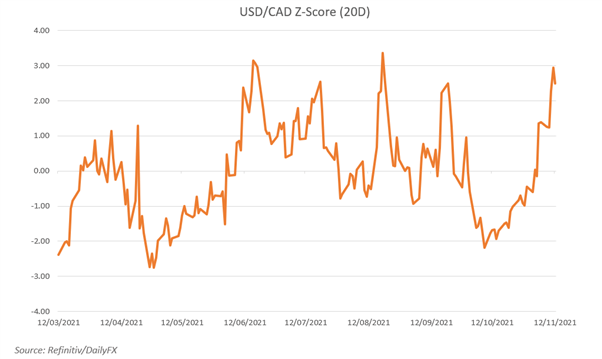