CAD Backed by Slow and Consistent Rise in Oil Prices

The Canadian dollar shows plenty of promise over the next week as oil price charts continue to grind higher and the US 10 year treasury yield attempts to stop the decline, much like the US dollar. Additionally, with the national elections in the rear-view mirror for some time now, Loonie price action possesses the potential to trade with less noise.

The USD/CAD daily chart shows the zone of resistance between 1.290 and 1.2950 (red) preventing further bullish momentum, ultimately resulting in an prolonged move of lower USD/CAD price movement. A definitive breakdown below trendline support confirmed the bearish reversal which has only gained momentum over the last week. 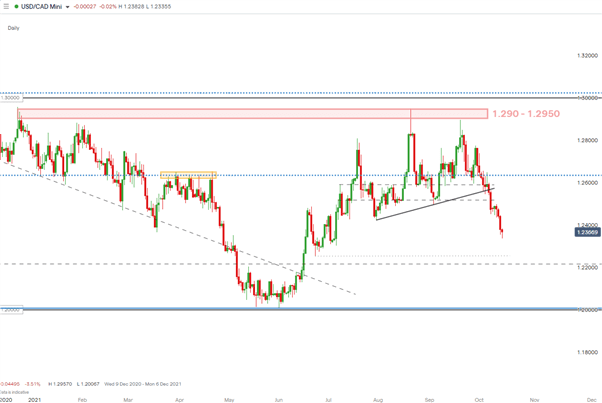 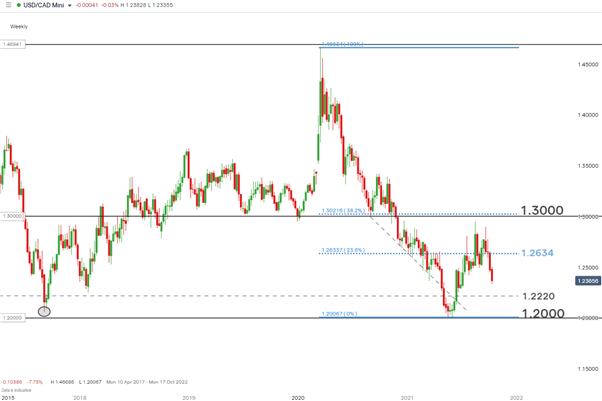 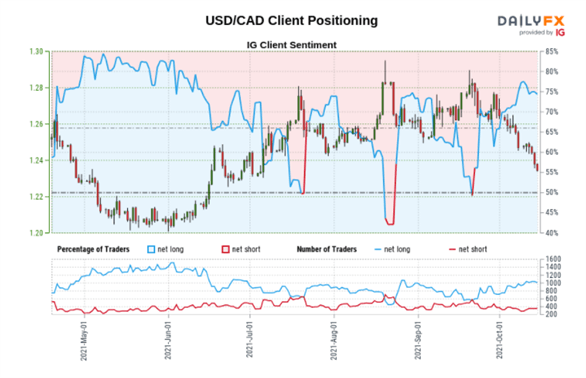 Both the CAD/JPY and EUR/CAD charts reflect the same narrative of a strong commodity linked currency with a more hawkish central bank, weighed up against a weaker currency with a more accommodative central bank. This becomes relevant as the rates market currently suggests a Canadian rate hike by the end April next year while the Bank of Japan is a long way from even mentioning a potential hike. 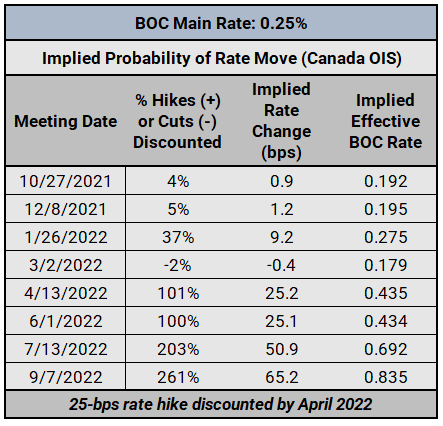 However, it is the CAD/JPY chart that deserves closer attention as the current advance places it comfortably above the recent and prior significant highs. For a while, technical traders may have been anticipating the formation of a head and shoulders reversal pattern but this proved to be incorrect as successive weekly surges laid waste to that narrative.

The current bullish advance has shown little sign of slowing down, however a short term pullback towards the (90.50 – 91.10) zone of support should not be discounted. This area provided multiple inflection points in the past and remains a key zone for a bullish continuation. Failure to remain above the zone of support for the week ahead could suggest a slow down and potential deeper pullback towards 88.80 – a point at which the bullish narrative would need to be re-assessed. 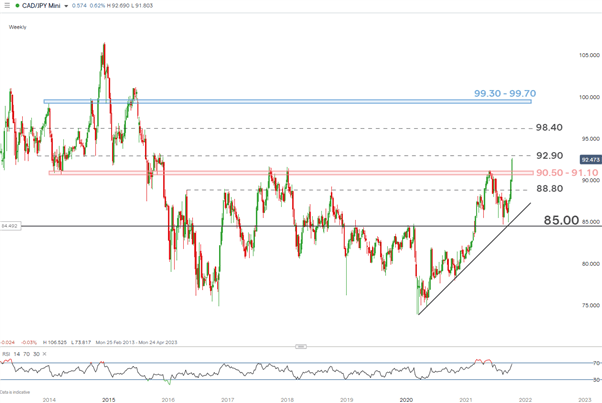