USD/CAD’s low of 1.2007 seen in June is part of an island low that can technically signal an ongoing reversal. Since then, the pair has consistently made higher highs and higher lows, displaying an upward trend.

Below the market, an ascending trend line could provide support, currently at 1.2560. Previous lows at 1.2493 and at 1.2422 could also provide support. 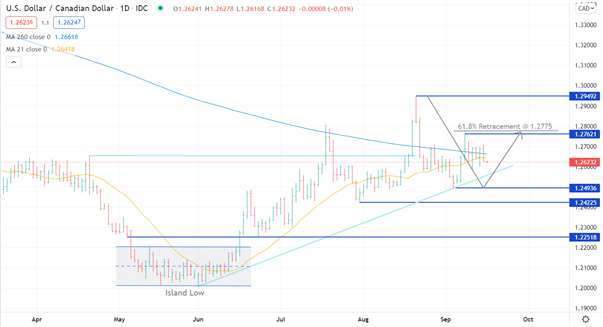 EUR/CAD broke down in March, creating a pivot point at 1.5201 on its way to the low of 1.4582. These two levels have created a broad trading range that EUR/CAD has been caught in since. From May to July the market traded in a narrower trading band. After it broke up the topside af that band, there has been a bias toward higher highs and higher lows. 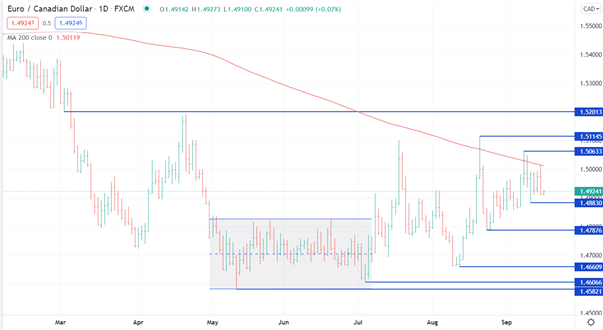