The recent low of 1.3412 moved outside of the 2 standard deviation lower Bollinger Band, based on the 21-day simple moving average (SMA). It has since moved back inside the lower band, which could be bullish. 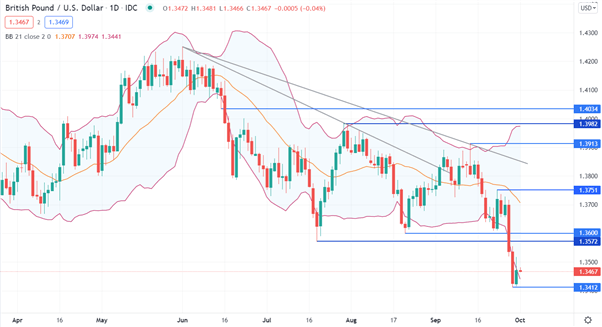 The GBP/CAD has been in broad range since earlier in the year. The recent move down saw GBP/CAD break below previous lows and a couple of ascending trend lines. The previous lows of 1.70239, 1.70166 and 1.68716 might provide support if tested as the cross approaches the lower bounds of the wide range.

The Death Cross of the 10-day SMA moving below the 21-day SMA remains potentially bearish. Topside resistance could be seen at the recent high of 1.71900. 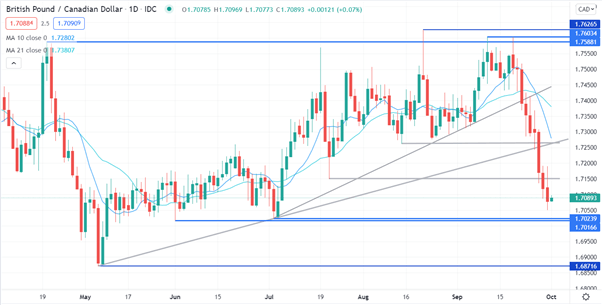 The 55-day simple moving average (SMA) crossed below the 100-day SMA. This formed a Death Cross, which could be bearish. The 100-day SMA is currently flat. If the gradient rolls over to be negative, like the 55-day SMA, this may also be bearish. 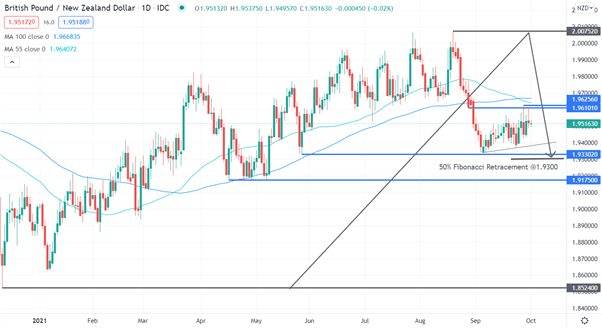